I made it to my half-way mark. Only 19 more weeks to go! Our little guy will be here before we know it! 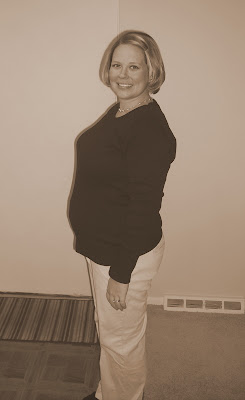 Putting the crib together...

Our crib came yesterday evening! My Mom and Tom bought us the crib and had it shipped to us. We got to pick it out! It was a great deal for us and very sweet of them to buy it for us. Here is Matt working on it today. I came home for work and it was all put together. He even took pictures- what a guy! 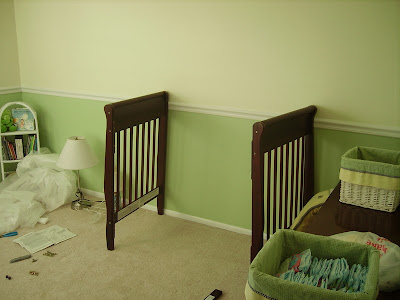 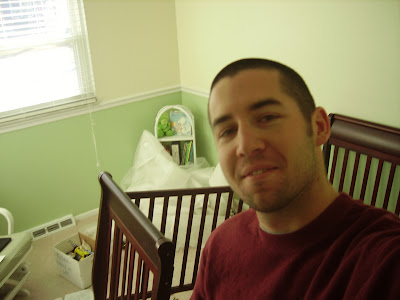 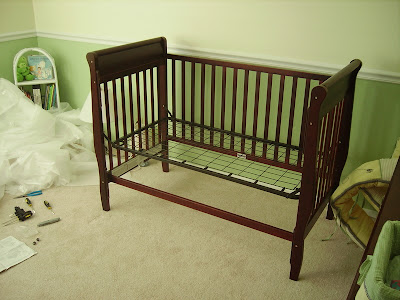 Here is the final product (minus a mattress). I will post pictures again when the room is all done! 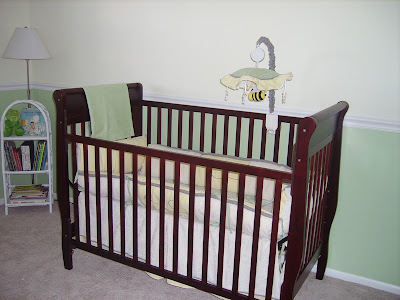 My sister, Liza turned 22 yesterday!
HAPPY BIRTHDAY!
She is such a joy to have as a little sis!
I hope your Birthday is fabulous, Liza! See you in 3 days! Love you lots! 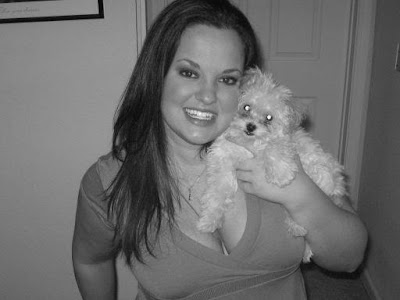 I am posting pictures of my parents new kitchen (sadly mine does not look like this). I dont have before pictures, but if you have been to my parents house you will notice that the after are SO much better! Good job Mom and Tom! (Priscilla, these are for you!) 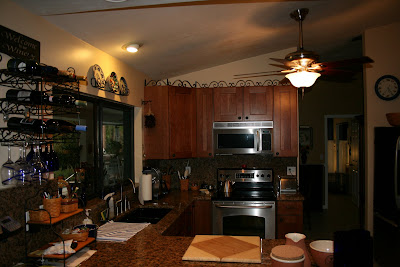 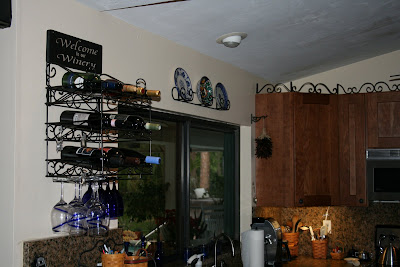 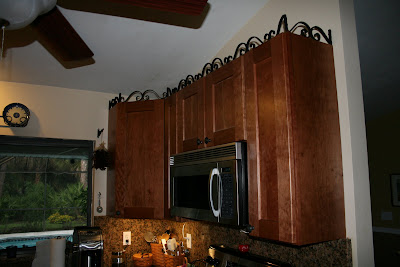 For about three weeks now Matt and I have had this horrible smell in our basement walls over by the washer and dryer. Matt swore the smell was in the dryer tube. After much time of searching we gave up. We were told by a friend that if the smell was a dead animal and if it was in the walls, the smell would eventually go away.
Matt has this habit of taking his work clothes off in the basement before tracking the dirt into the house- I am glad of this habit, BUT sometimes his clothes don't get washed right away. Well, after I made a pile of the dirty clothes he finally picked up the shorts to throw them in the washer machine. As he picked them out a furry animal dropped out of them!!! It was a dead chipmunk in HIS shorts!
He immediately threw it out in the back yard and washed the shorts. The shorts have been washed several times and the smell is still there. I told him to throw them out. I got a call at work to hear all about the dead animal in the shorts- GROSS! I am glad the smell finally is gone! Who would have thought the smell was wrapped up in his shorts???
Posted by The Lovealls at 7:29 PM 6 comments:

The beginning of our baby's room and a GREAT find!

Well, yesterday I had the day to relax and I ended up painting most of the day (go figure). I started and finished painting the Nursery. 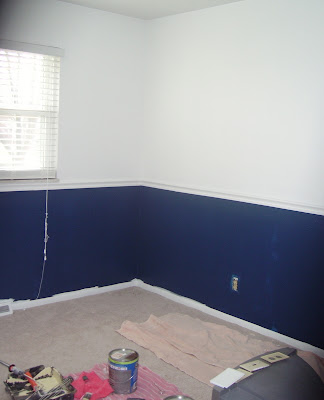 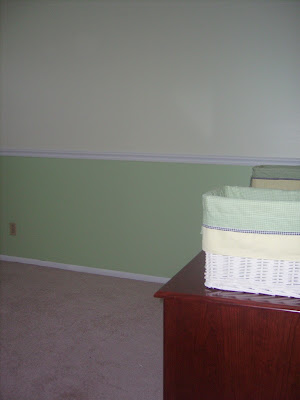 Then, last week, I found the deal of a life time. Matt and I decided we wanted a dresser/changing table- something we could use for both. Well, I was hunting on Craigslist again and found this piece of furniture for only $40.00. Can you believe it? Only $40.00, I know! I changed the handles on it and look how beautiful it is! We love it and it will be great in our baby boy's room! 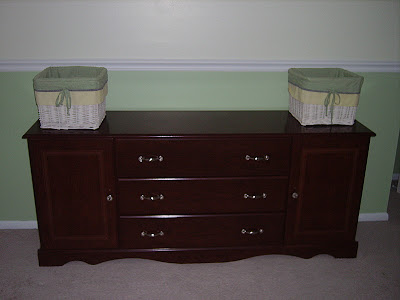 I added the blanket on this picture, so you can see how cute it is! 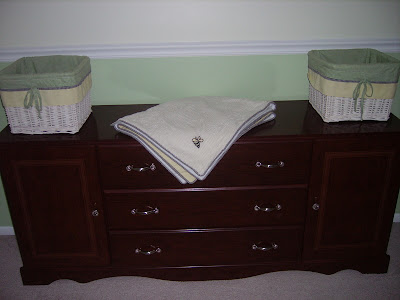 The Baby Bedding we Chose!

Well after much deliberation Matt and I decided on the bedding for our baby boy! One of the main reasons we decided on this was bedding (other than how cute it is), is because we found it on Craig's list (if you don't know about Craig's list check it out, www.craigslist.com) for a third of the price. So below is the bedding we got- minus the sunflowers...my boy will NOT have sunflowers in his room! 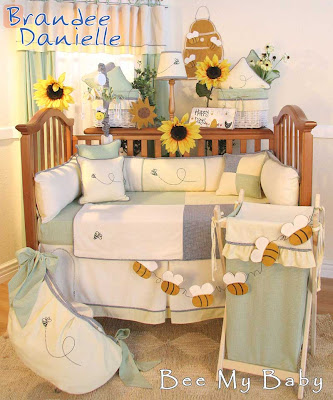 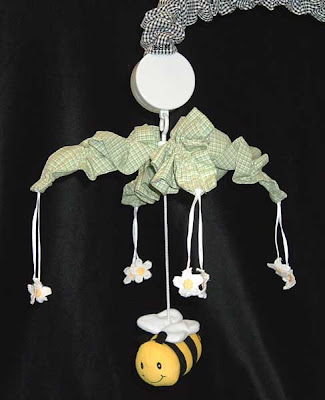 Our visit with the Shealys!

Some of our best friends from when we lived in Tampa came to visit us while we were home in Florida- the Shealy Family! It was SO good to see them! They came for most of the day on Saturday and we were able to eat lunch and hang out. We also got to play with their 18 month son, Noah! Thanks for visiting Shealys! We miss you already! 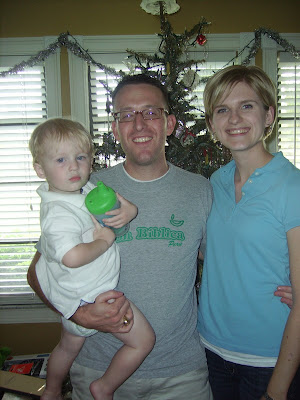 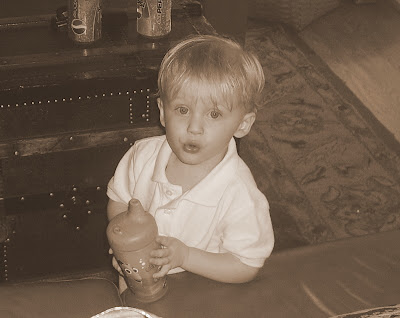 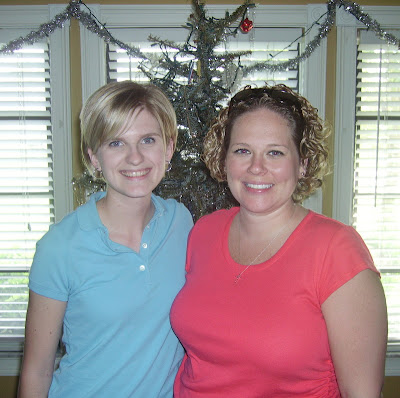 The boys- Wes, Noah and Matt 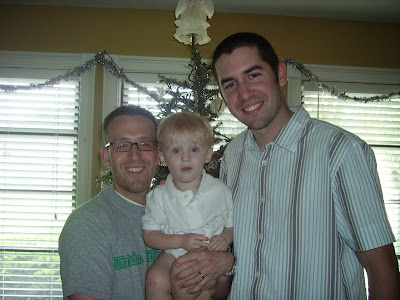 Posted by The Lovealls at 5:34 PM No comments:

Matt and I spent about two weeks at home for Christmas! We had a great time hanging out with our families, eating and going to the beach. It was sad to leave the warm weather and everyone we love, but our Christmas break was wonderful! Here are some pictures from our visit home: 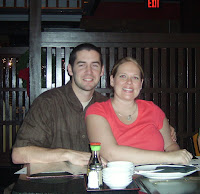 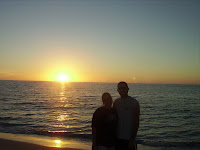